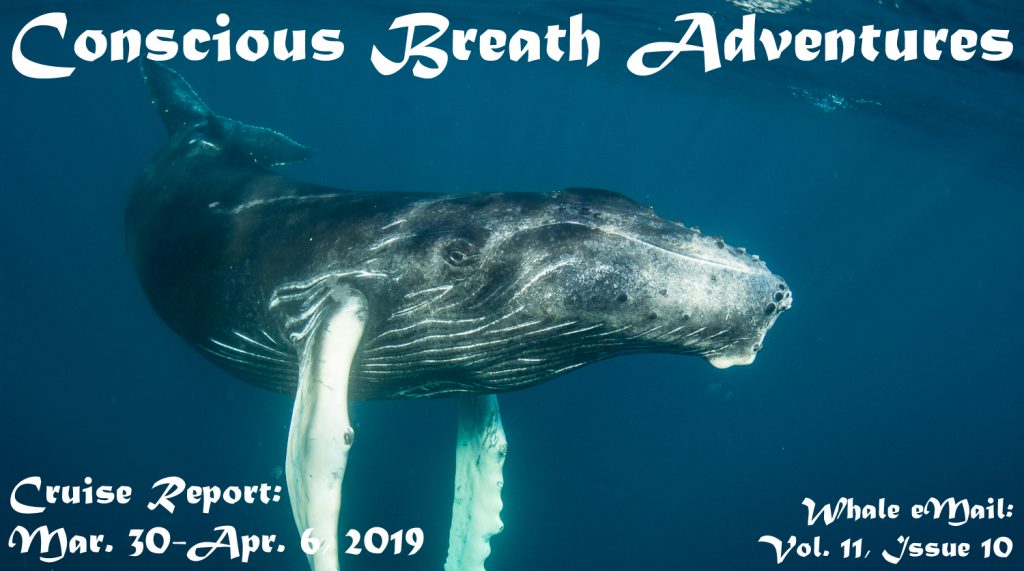 Greetings from Conscious Breath Adventures and welcome to our tenth Cruise Report for the last week of our 2019 Silver Bank humpback whale season, coming to you after a short hiatus on this, Earth Day 2019.

Our cruises happen in a very specific and special location, on the Silver Bank. As 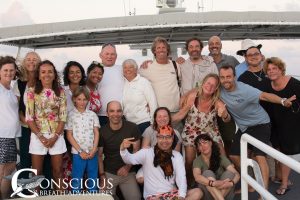 is often the case, our tenth cruise of the season brought together folks from all over the one planet we all call home. This week had guests from the US, Austria, the Netherlands, Spain, Jamaica, Costa Rica, the Bahamas and South Korea. It was about as diverse a group as we’ve ever had. Once again the cruise brought everyone together through the power of a shared experience, highlighting our communal similarities and our shared humanity. Laughter sounds the same in any language!

One of our most frequently asked questions about the later weeks every season is will the whales still be there? This week showed without a doubt that the answer is a resounding yes! Our ten weeks of operation are at the peak of the longer time the whales are on the Silver Bank so any week is a great week to be there and this finale was one of our top weeks of the entire season. 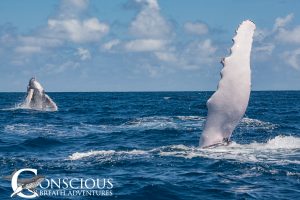 The action continued unabated above and below with all the whales giving their best performances for us for this last sold-out show. There were fantastic energetic surface displays, sometimes with two or three whales engaging in two or three different behaviors at once. It sure seemed like the whales were enjoying themselves as they breached and pec slapped and lobtailed, especially one mother and her happy calf who went at it continuously for nearly fifteen minutes. It was one of the longest shows of the whole year.

Even though the number of available single females had changed, 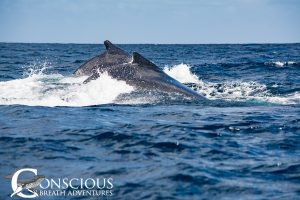 the rowdy males were still putting in the maximum effort, too, and the great weather made it easier to track along as they charged around the Bank. Because it is an extended, ongoing behavior, for many guests tracking rowdies is the most fun they have in a week – without getting in the water. It is amazing to think of how much energy the whales use, especially when you remember that they haven’t had a good meal in a couple months. By the end of the season the adults can lose several tons of blubber from the rigors of the fast.

When we got in the water we were thrilled once again by the friendly and gregarious mothers, calves and their escorts, with a couple of particularly memorable highlight interactions for everyone. 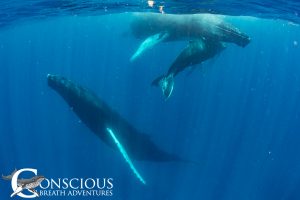 On one occasion all our guests were able to spend an exciting couple hours with a mother, her big calf and a very curious escort. The mother and calf were engaged in the usual resting behaviors, very relaxed and at ease, giving our swimmers an easy pass when they surfaced. In the calm, sunny seas that would have been reward enough but the escort would steal the scene from time to time, rising vertically in the water to execute a grand spyhop right in front of us, imposing himself upon us to have a close look and let us know he literally had his eyes on us. You can watch a short video here and marvel at the way the escort uses his huge pectoral fins to delicately move himself in the water just as precisely as a ballet dancer doing a pirouette.

On a later excursion our guests swam with one especially precocious 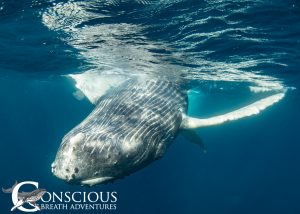 little female calf who really liked making new friends. We always maintain a respectful distance when swimming with the whales but sometimes they like to do their own thing. This feisty calf loved coming right up to our swimmers and rolling around, showing off while she studied us with eyes wide open. She had a deliberate, almost mischievous look in her eye as she approached. Fortunately her mother was used to her behavior and was content to let us be her new playmates this fine day.

And before we knew it, the week wound down, far too fast, and the season along with it. When the season starts ten weeks seems a very long time but when it ends the question becomes where did it all go? I’ve noticed that the whales do have an effect on time, something I call “whale time”, with an ability to change the apparent speed of the passage of time. So while ten weeks may seem like nearly three months on the calendar, it can pass like three weeks on the Silver Bank and before we knew it we were back ashore, saying our farewells, wrapping up and heading home. The good news is that whale time also means the next season will be here soon and we are already looking ahead to 2020! 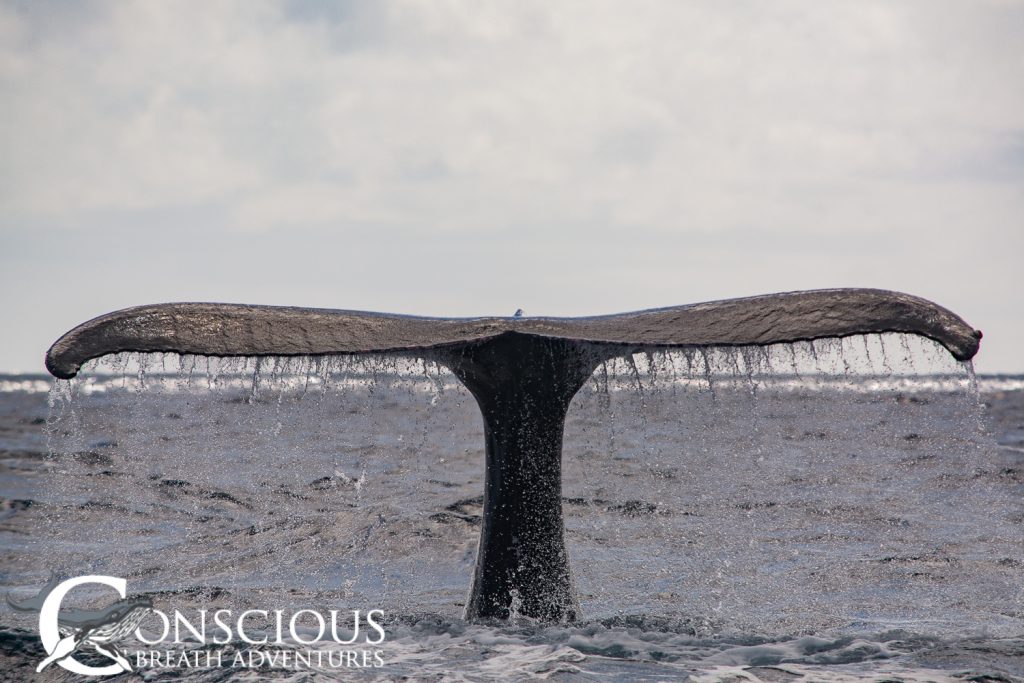