In this second installment of our series on the diet of humpback whales, we introduce you to a tough little fish called the sand lance. You might be surprised to learn that these humble creatures are partly responsible for an awesome whale behavior: active cooperation. The evasive habits of this slippery prey have prompted whales to work together. In the animal kingdom, that’s known as culture. That sense of thoughtfulness and cognition is what keeps us enthralled as whalewatchers. But how did this tiny little fish do that?

The Basics: a small, skinny, silver fish with no swim bladder and a strong constitution

At less than 6” long, the slender eel-like body of the sand lance explains why they are also known as sand eels. They are found in the coastal zones of northern seas. Studies of sand lance in aquaria have documented an amazing 24 weeks without eating – that’s nearly half a year! In the wild they commonly hibernate through winter by burying themselves in low oxygen sediment. They can also handle wide swings in temperature and salinity.

6 Cool Things to know about the tiny sand lance:

1) Scientists have been arguing for over a hundred years about how many species there are. Six species are officially recognized, but 23 have been described. In the Gulf of Maine we commonly find the northern sand lance, Ammodytes dubius.

2) They are a primary food source for more than 100 other species. That statistic by itself is pretty significant. More than 40 species of birds and 12 marine mammals depend greatly on these forage fish. They are not easy to find and catch so they’re not an important commercial species. But when you consider their value in supporting both ecotourism activities like whale watching, and food fish like cod, hake, haddock, flounder, mackerel, tuna and more, they are priceless.

3) They are elusive. Most fish have a swim bladder which is like an internal balloon that many fish use to help them regulate buoyancy – ie move up and down in the water column. Swim bladders full of gas create a bounce back of sonar signals enabling fishermen to find the fish using echosounders. The sand lance has no swim bladder so they are hard to find, and they’re so small and eel-like they literally slip though the nets. The result is we actually don’t know all that much about them, including how many there are. As they are such critical food source for so many species, having meaningful population estimates would be valuable information.

4) They are also evasive. Sand lance actively hide in the sand. Like many pelagic (open ocean), creatures, they move around according to the time of day. It’s a whole conga line of marine life: when the sun is out the phytoplankton rise to the surface to photosynthesize. After them come the zooplankton (like copepods) to eat the phytoplankton, and then fast on their heels, small fish like sand lance. During the day, for safety, they form huge flattened schools. When threatened the school takes on a classic ball shape, called a ‘selfish herd’. At night the plankton sink in the water column and the sand lance bury themselves in loose, sandy-rocky sediment.

5) Buried fish means tattooed whales. This habit has given rise to a peculiar phenomenon on some of the whales we see on the Silver Bank. Humpbacks in the Gulf of Maine will feed on sand lance in the water column by day, taking great gulps as evidenced in photos. But they’ll keep trying to scrape up the tasty treats when they are buried in the sediment at night (or in the day at times when zooplankton are scarce) and in doing so manage to scrape up the sides of their mouths. When we see a whale with telltale jaw scars, usually on the lower right side of the jaw, we can be confident it spends its summers on the Stellwagen Bank or other areas where sand lance live.

6) The whales have to work hard to catch them, and in doing so cooperate and become smarter. The sly habits of the evasive, elusive little sand lance have meant that humpback whales really have to work hard to catch them. Acoustic studies have shown that humpbacks use sound to communicate with each other when feeding on sand lance in low light conditions. Whales feeding on sand lance made a specific sound (a paired burst signal) only when another whale was close by. Other research has shown that humpbacks teach each other how to round up the fish using lobtail feeding. These examples of culture and cooperation in the non-human world are always remarkable. And it’s also pretty remarkable that these tiny little fish did that!

There’s much we don’t know about the sand lance but I hope this gives you a greater appreciation for them. In the next post I’ll introduce another innocuous forage fish, the menhaden, sometimes called “the most important fish in the sea.”

Please follow and share these posts with your ocean loving friends as we celebrate the creatures that sustain our magnificent whales.

With thanks to Mandy Houston, @whalebreathphotography, for her wonderful header image of humpback whales feeding on sand lance on the Stellwagen Bank this summer. And to Jodi Frediani for capturing the jaw markings on humpbacks, with us on the Silver Bank. 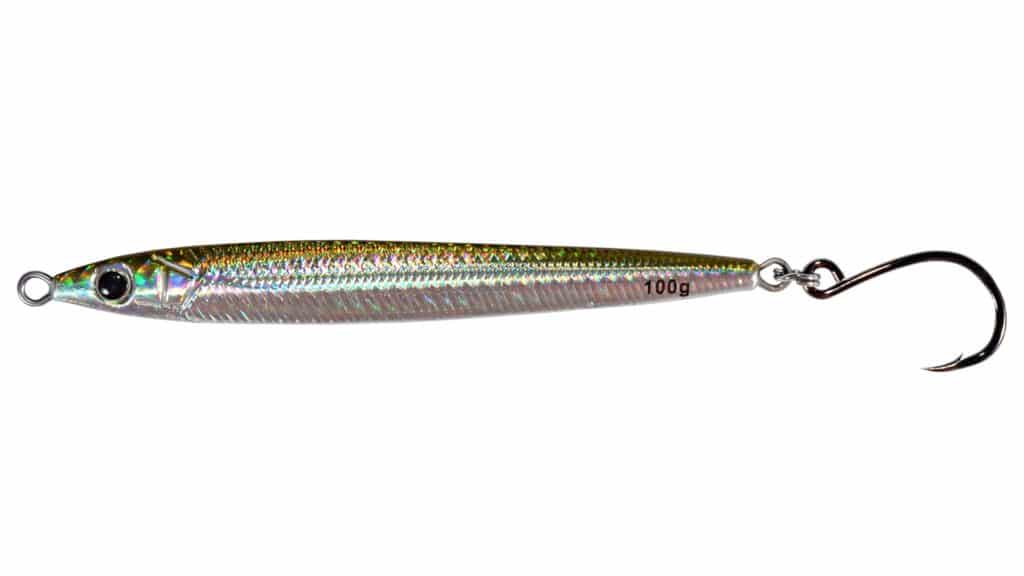 A fishing lure mimics the appearance of a sand lance